Flossing is undoubtedly one of the most effective ways to remove bacteria, plaque, and food debris in those areas which a toothbrush can’t reach. However, many people still worry about bleeding their gums and find it quite hard to handle. So is there any solution to this case? The answer is yes. Water flossing is increasingly becoming more and more popular than the traditional technique thanks to many great advantages. Keep reading to find out more information about this alternative.

Why do we need flossing?

Before we answer the above question, it is necessary to understand the importance of flossing. In general, the spaces between your teeth consist of approximately 30% of plaque buildup. This makes it susceptible to gingivitis and can result in gum issues if leaf untreated. That’s why flossing is specially designed to get rid of harmful bacteria and eliminate all plaque in the mouth.

Traditional flossing is performed with a short cord which can be placed in the gap between your teeth where bacterial imbalance often starts. By doing this on a daily basis, you can prevent any bacterial changes which result in gun diseases. This can also save you from more serious conditions such as lung infections, diabetes, and heart illnesses.

Water flossing: the solution to an age-old issue

Since dental flossing was first introduced nearly two centuries ago, oral healthcare providers and dentists have constantly promoted this application. However, flossing compliance is always a persistent challenge. Many patients find it hard to floss on a regular basis due to many reasons, both mental and physical.

The basic idea of water flossing is to remove biofilm with a stream of water. In addition to dislodging food debris and plaque, this method can also help with preventing inflammation and gum disease by getting rid of bacteria causing gingivitis. Many surveys show that string flossing and water flossing are quite equivalent in removing plaque biofilm. However, the latter might allow for an extra dimension.

Gum diseases and bleeding gums typically start via an emergence of pathogenic bacteria. When bleeding gums turn to gum disease, your crevice will have an increased amount of fluid which eventually accelerate the development of harmful bacteria. Fortunately, water flossing might be an effective solution to fight this process.

Advantages of a water flossing

Here are a few benefits of water flossing:

a. Gentle and safe for dental implants and restorations

Implant maintenance is important to its long-term survival. A study has recently revealed that water flossing with chlorhexidine (CHX) can significantly reduce plaque, bleeding, and gingivitis compared to traditional methods.

It is not easy to keep orthodontic appliances clean, particularly for teenagers. But with water flossing, this task is much simpler. The cleaning liquid can reach any areas around the units and eliminate all harmful bacteria. Those people who use a water flosser on a daily basis show a considerable reduction in plaque compared to string flossing and manual brush.

c. Simple to use

A water flosser typically requires less manual movements, making it simpler than conventional flossing. Thus, you can clean the whole mouth in only 1 or 2 minutes. In addition to the initial purchase, you only need water for this task.

For these reasons, water flossing is ideal for people of nearly all ages. Even kids can also use this method with supervision.

Despite these advantages, there are still some drawbacks of using water flossing compared to the traditional method:

The following clip will show you more about the pros and cons of water flossing versus string flossing:

There is no clear-cut answer to this question because we are different. The decision over water flossing or string flossing will mainly depend on your own needs and preferences. If string flossing doesn’t bring the results as expected, then water flossing might be a good option that is worth trying. After all, oral health and healthy teeth are the top priority. 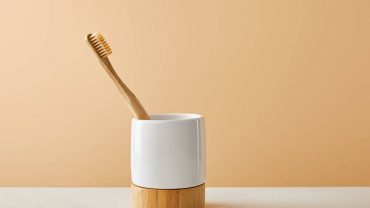