The first electric toothbrush was, unsurprisingly for an early invention, dangerous to use. Unlike the nifty rechargeable models we have today from brands like Oral-B and Phillips, this one operated on line voltage. That means it had to be connected directly to a wall outlet when in use, in the bathroom.

Such were the humble if a bit hazardous beginnings of the electric toothbrush. Join us as we explore all the weird and bulky varieties that preceded the sleek models we have today. It all began in 1954 in Switzerland.

In the 1880s, an Englishman started advertising Electric hair brushes and tooth brushes in the US, promising that they would help with all manner of hygienic and health problems. But there was nothing electric about his quack products. He just embedded magnetised rods in the handles.

This toothbrush was manufactured in Switzerland and later in France under the brand name Broxodent. It was actually not meant for ordinary consumer user. It was designed specifically for people with limited mobility and orthodontic patients.

But by the time Edward Squibb brought the invention to the United States in 1959, it had already started gaining popularity among all kinds of customers. In the US it sold under the name Broxo-Dent or Broxodent.

Despite the ingenuity behind the making of the first electric, it had a serious flaw that eventually doomed it to obscurity. It used line voltage hence had to be connected to a power outlet whenever one needed to use it.

This was both inconvenient and dangerous.

This is not to mean that GE’s product was all good. It was still an early invention and had a lot of flaws that saw it also become unpopular as better toothbrushes were invented later on.

Its biggest weakness was battery power. Most electric toothbrushes today use lithium-ion batteries that store a lot of power, last long and lack the problematic memory effect that causes batteries to hold less charge over time.

The GE toothbrush used nickel-cadmium (NiCad) batteries that were bulky and didn’t last long. The fact that the toothbrush spent most of the time in a charging base didn’t help (it made the batteries die quicker).

There was also the issue of size. The batteries made the toothbrush really big, the size of a 2-cell flashlight. Imagine brushing your teeth with something that bulky and cumbersome.

The first proper modern toothbrush that provided ultrasonic brushing motions came in 1992 when Robert T. Bock filed a patent for the technology. The toothbrush was first sold under the brand name Ultima but was later rebranded to Ultrasonex under the Sonex Corporation.

Remember Broxodent? The very first electric toothbrush sold in the US? By the 1990s the dangers of using line voltage in the bathroom had become clear. New safety standards advocated for safer measures such as using a step-down transformer to reduce the voltage.

Broxodent quickly lost the little market share it had remained with as customers became enamoured with the smaller cordless models filling the market.

Technology, and especially battery technology, has made modern electric toothbrushes smaller, more powerful and more effective at cleaning teeth. The charging base design that GE introduced has remained popular. It’s a good thing that lithium-ion batteries don’t get damaged by prolonged charging.

Today there are numerous choices available in the market from basic vibrating toothbrushes to the premium oscillating-rotating electric toothbrushes. Brands like Oral-B go as far as to offer smart toothbrushes with Bluetooth connectivity and cameras. 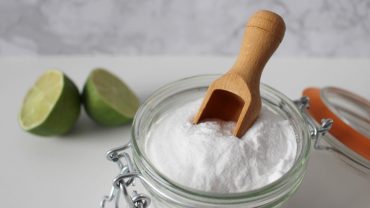